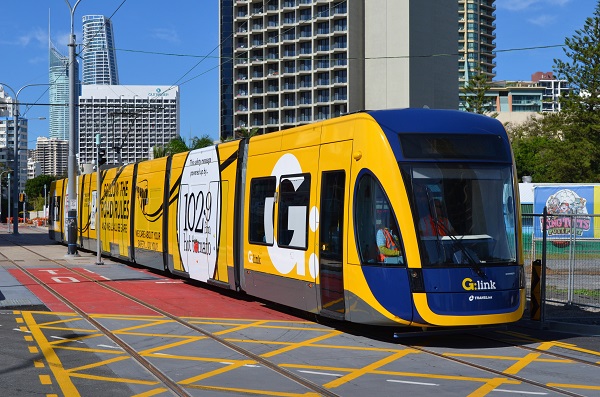 To mark the recent traction of light rail projects across Australia, the 7th Annual Queensland Transport Infrastructure Conference 2016 will be taking place at the Brisbane Convention & Exhibition Centre on the 10th & 11th of May 2016, as an opportunity for industry professionals to collaborate and share knowledge on the latest developments in rail and light rail infrastructure.

More than 200 delegates are expected to attend the conference, featuring various rounds of networking and Q&A opportunities for delegates, along with 20 key presenters who are expected to speak at the event. The Hon Stirling Hinchliffe MP, Queensland Minister for Transport and the Commonwealth Games, Leader of the House, Member for Sandgate will be providing a Ministerial Address on day two of the conference.

Significant light rail developments in Queensland include stage two of the Gold Coast Light Rail network, which is expected to deliver an additional 7.3 kilometres of light rail track for the network, including an expected three new stations at Helensvale, Parkwood and Parkwood East and a new 1000 car space park facility at Parkwood station. The works are expected to be completed in time for the Gold Coast 2018 Commonwealth Games™ to facilitate for the expected influx of spectators.

The completion of stage one of the Gold Coast Light Rail network precipitated a 25% increase in public transport usage in the area, with more than 1.74 million passengers utilising the network in its first 100 days of operation. Grant Morris, Executive Director (Commonwealth Games) for the Queensland Government Department of Transport and Main Roads, will be presenting on the various Transport Infrastructure options overlooking the Gold Coast 2018 Commonwealth Games™.

Other prominent light rail projects taking place within the state include the Sunshine Coast Light Rail Project which will help facilitate the growth and development of the city, for the expected 50% population increase in the area over the next 15 to 20 years. The project aims to be part of the long-term transport solutions between Sunshine Coast’s major growth centres.

The conference will feature keynote speakers from within construction, logistic, oil and gas industries, representing some of the state’s largest transport projects. Simon Thomas, Programme Director of Inland Rail, ARTC, will be presenting on the Inland Rail which is a dedicated freight line connection between Melbourne and Brisbane, to form the national backbone of the country’s freight network.

The conference is an opportunity for industry leaders and government officials to share ideas on common challenges and acquire the latest information on major transport infrastructure projects shaping the development of Queensland.