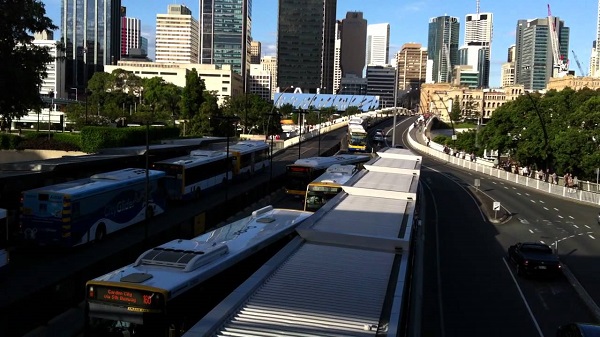 More than 200 delegates gathered at the event to hear from a range of topics, ranging from presentations on Cape York Region Package and the Gold Coast Airport Redevelopment, as well as key discussions on the Inland Queensland Roads Action Plan and the future of driverless Cars within Queensland. Technical, Certification and Engineering Manager at Volvo Car Australia, David Pickett, provided a presentation on the future potential of driverless cars within Queensland.

Pickett said that the conference was a great opportunity to start the discussion on autonomous vehicles. “We feel it gets the discussion started on autonomous vehicles as more people will understand what they are about. The more information we can get out, the easier it will be. Volvo is working towards driverless vehicles and the progression of getting to that stage relies on how the public reacts towards them.”

In addition to a lively Panel Discussion on day one of the conference, with speakers Flavio Menezes, Professor of Economics, The University of Queensland, Joe Langley, Technical Director – Infrastructure Advisory, AECOM and Mark White, Queensland Government Sector Leader, EY, the event also featured more than six hours’ worth of networking and Q&A opportunities, to facilitate collaboration on the latest transport developments occurring within the state.

The Gold Coast 2018 Commonwealth Games™ was discussed at the conference, with Grant Morris, Executive Director (Commonwealth Games) of the Queensland Government Department of Transport and Main Roads, providing a presentation on the planning and delivery of transport infrastructure for the Commonwealth Games, including projects such as Stage Two of the Gold Coast Light Rail. The project aims to establish an additional 7.3 kilometres of light rail line, as well as construct three new stations at Helensvale, Parkwood and Parkwood East.

Significant projects and topics covered at the event included presentations on the Townsville Port Expansion Project, a discussion on Road Infrastructure Priorities for Queensland, a discussion on Opportunities arising from the Northern Australia Development Agenda, an Address by the Australian Logistics Council and a presentation on the Gold Coast Airport Redevelopment.

The conference is an opportunity for industry leaders and Government officials to share ideas on common transport challenges and to acquire the latest information on major transport infrastructure projects taking shape in Queensland.

The 7th Annual Queensland Transport Infrastructure Conference 2016 was held at the Brisbane Convention & Exhibition Centre on the 10th & 11th of May.